Home
Products
About Us
Factory Tour
Quality Control
Contact Us

The oil cooler is a heat exchanger that uses air to cool the hot fluid. And other coolers, there will be rust,

rust occurs mainly because the cooling water contains a lot of calcium, magnesium ions and acid

carbonate, when the cooling water flows through the metal surface, it will produce carbonate; Oxygen in

the cooling water also causes the metal to rust to form rust.

When it produces rust after the heat transfer effect will decline, serious will block the tube so that the heat

And as the sediment continues to increase, it will also increase the cost of energy, because as long as a

thin layer of scale will increase the fouling part of the equipment operating costs of more than 40%, so the

impact of scaling on heat transfer is huge of.

1, water-cooled oil cooler using water as a medium and oil for heat exchange, the advantage is better

to about 40 ℃, the disadvantage is that there must be in the water Of the place to use.

2, air-cooled oil cooler using air as a medium and oil for heat exchange, the advantage is to air as a

cooling source, basically not limited to the use of places, and environmental protection, the disadvantage 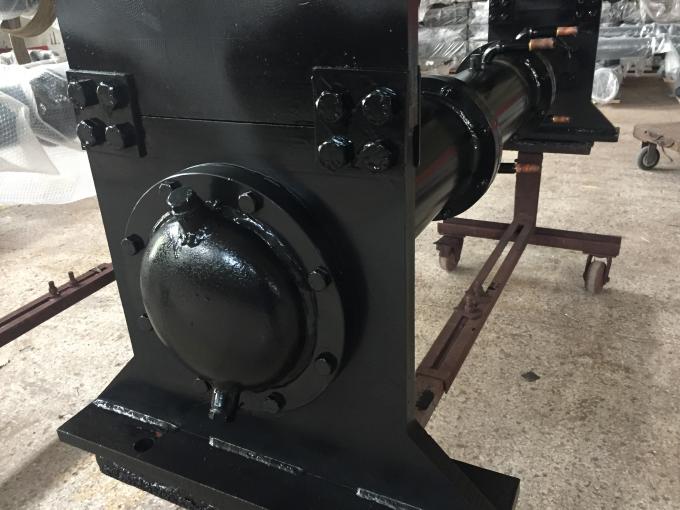